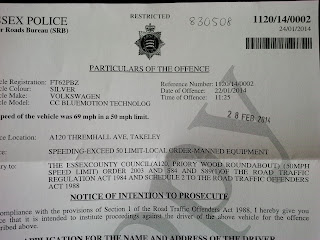 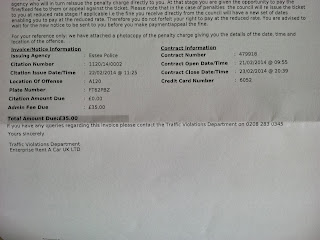 Dear Sir / Madam,
I am emailing you in relation to an alleged speeding offence dated 22/01/2014 ref vehicle registration FT62PBZ
Today I have received a letter from Enterprise Rent A Car informing me that they have forwarded my details to yourselves in response to the issue of the NIP.
However, they appear to have misinformed you, as I was the renter of the vehicle in February, and not January as detailed on the NIP.
I attach a copy of both letters, in which Enterprise state clearly the dates I was in possession of the said vehicle.
I hope this error does not cause you too many issues, and that any NIP's intended to be sent to me can be cancelled instead of incurring extra costs.
I have copied the original rental location in on this email, to both draw their attention to the error, and to hopefully expedite the process of furnishing you with the correct information.
Kindest regards
Michael Snasdell
Posted by Michael Snasdell at 11:38 AM No comments:

I have just received a letter from your Traffic Violations Department regarding a traffic violation during my last rental with yourselves.
So before I get started, let me post a couple of pictures and see if someone other than the idiot that compiled the letter can work out what is wrong. I would not usually call someone an idiot for a 'simple' error, but as you will see, it has a far deeper impact than that.

So here goes.... I will go a bit easier on you in following blogs if you can spot it in under 30 seconds. 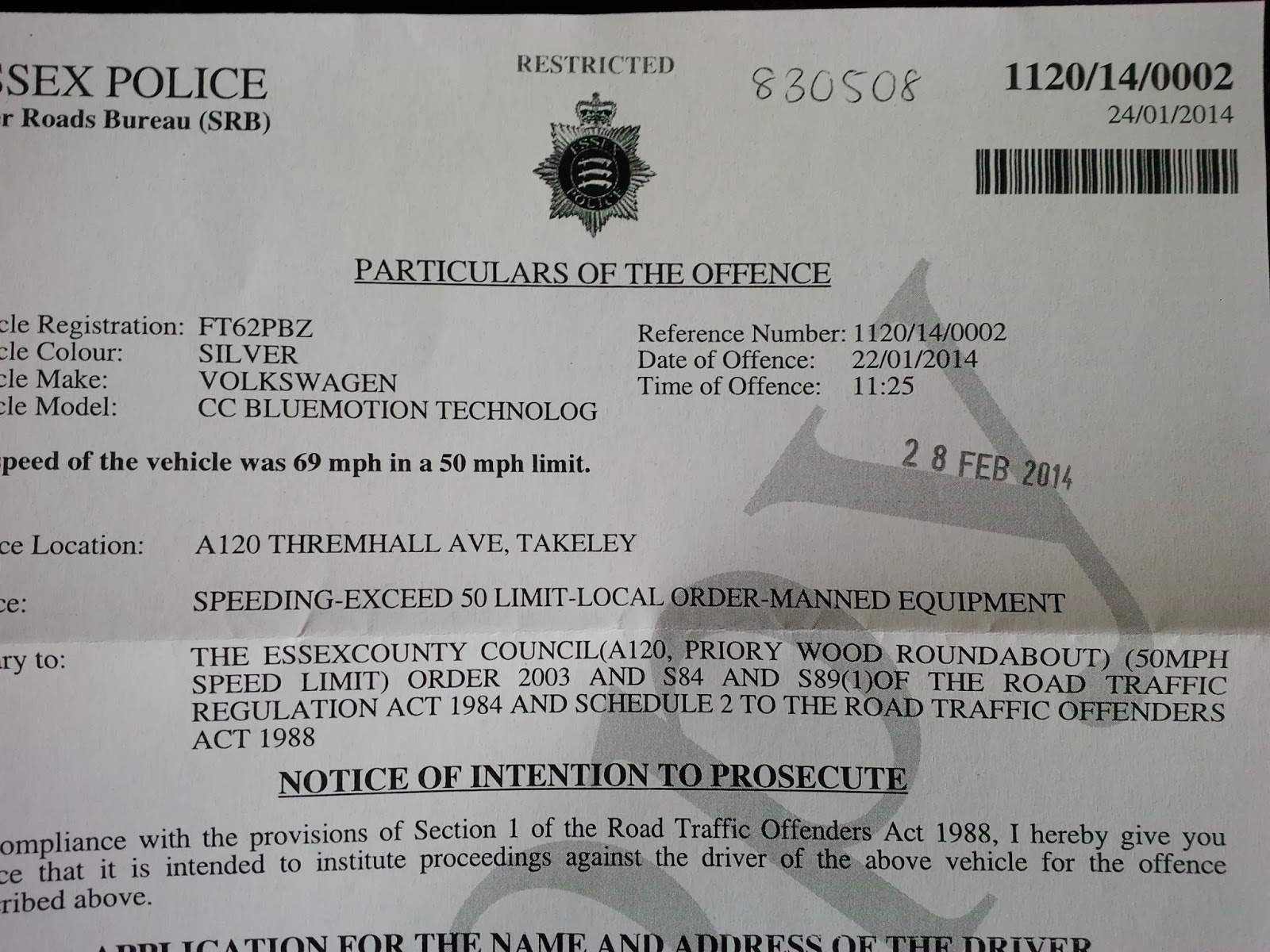 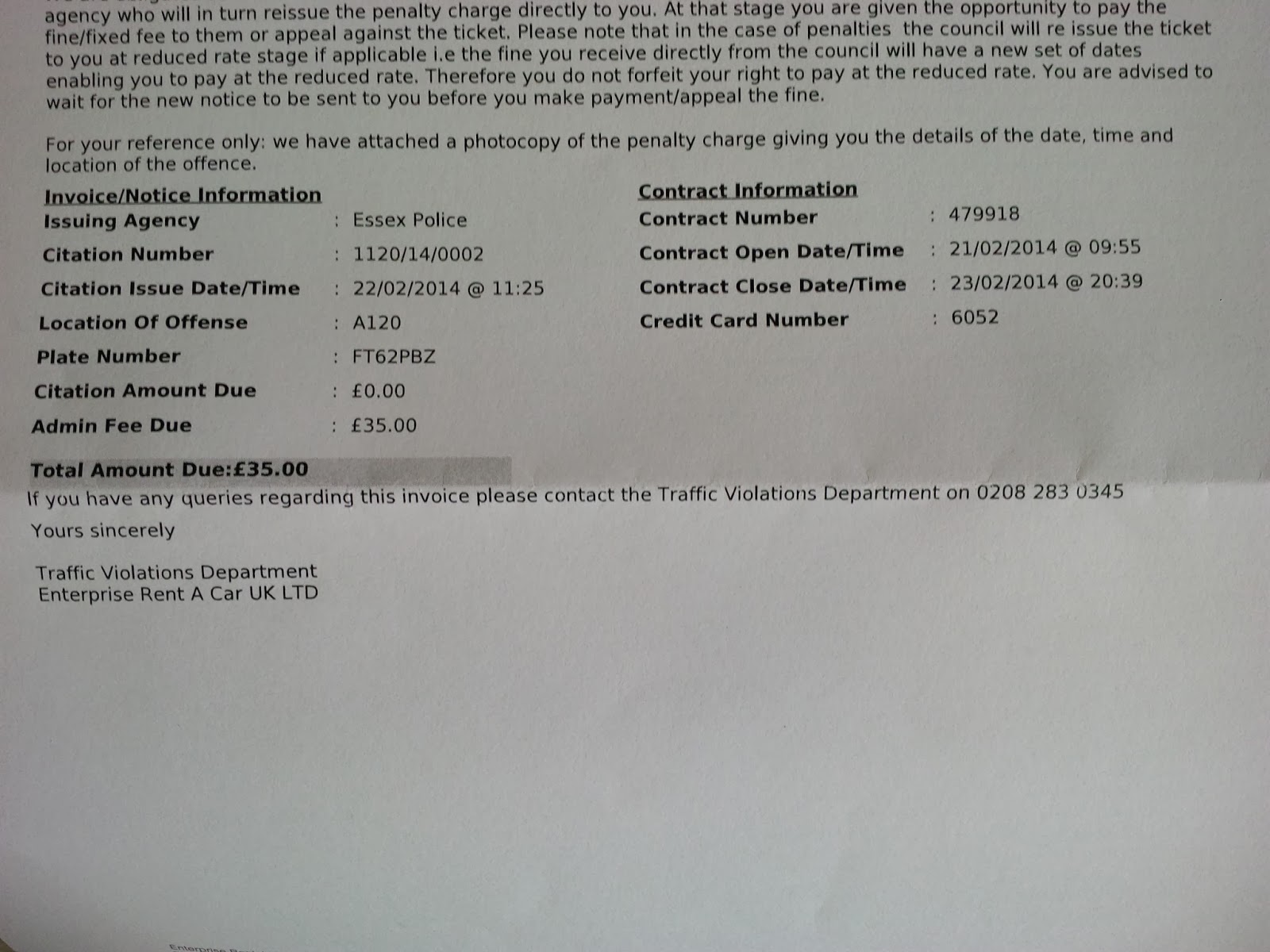 Got it.
If not, please join the issuer of the letter in the corner, and take it in turns to share the hat.
If so, then lets proceed.

Now, there are a couple of ways this could work, so lets explore.
Essex might have the date of the offence on their letter wrong (along with the automated reference number which also contains the date) If so, and the offence did indeed take place on 22nd Feb 2014 as your letter to me suggests, then I would have indeed have been in possession of the car at that time. Darn it!
Oh hold on.... May I bring your attention to this..
https://twitter.com/MichaelSnasdell/status/437175757023215616
Now while I know its not actual proof, for me to have been in Snowdonia at 10.43, sending the series of tweets that I did, and then be on Thremhall Ave in Essex 30 mins later, I must have done a bit more than 69 in a 50 I tell you.
Allow me to dumb is down a bit.. I was 277 miles away !
https://maps.google.co.uk/maps?saddr=Llanberis&daddr=Thremhall+Ave,+Essex,+UK&hl=en&sll=51.875855,0.229855&sspn=0.053519,0.123425&geocode=FVGEKgMdwwTB_ymdAfncOghlSDF5DRqn3E0dZg%3BFXqGFwMd3IEDACkp6DArsY_YRzH4fwtNJUkOwg&oq=llanbe&mra=ls&t=m&z=7

Now, just for a little bit of fun on the day, ironic or what, but I decided to take a selfie of THE car, in the mountains of Essex, oh errm I mean Wales of course (must keep my story straight if I'm to be believed eh) 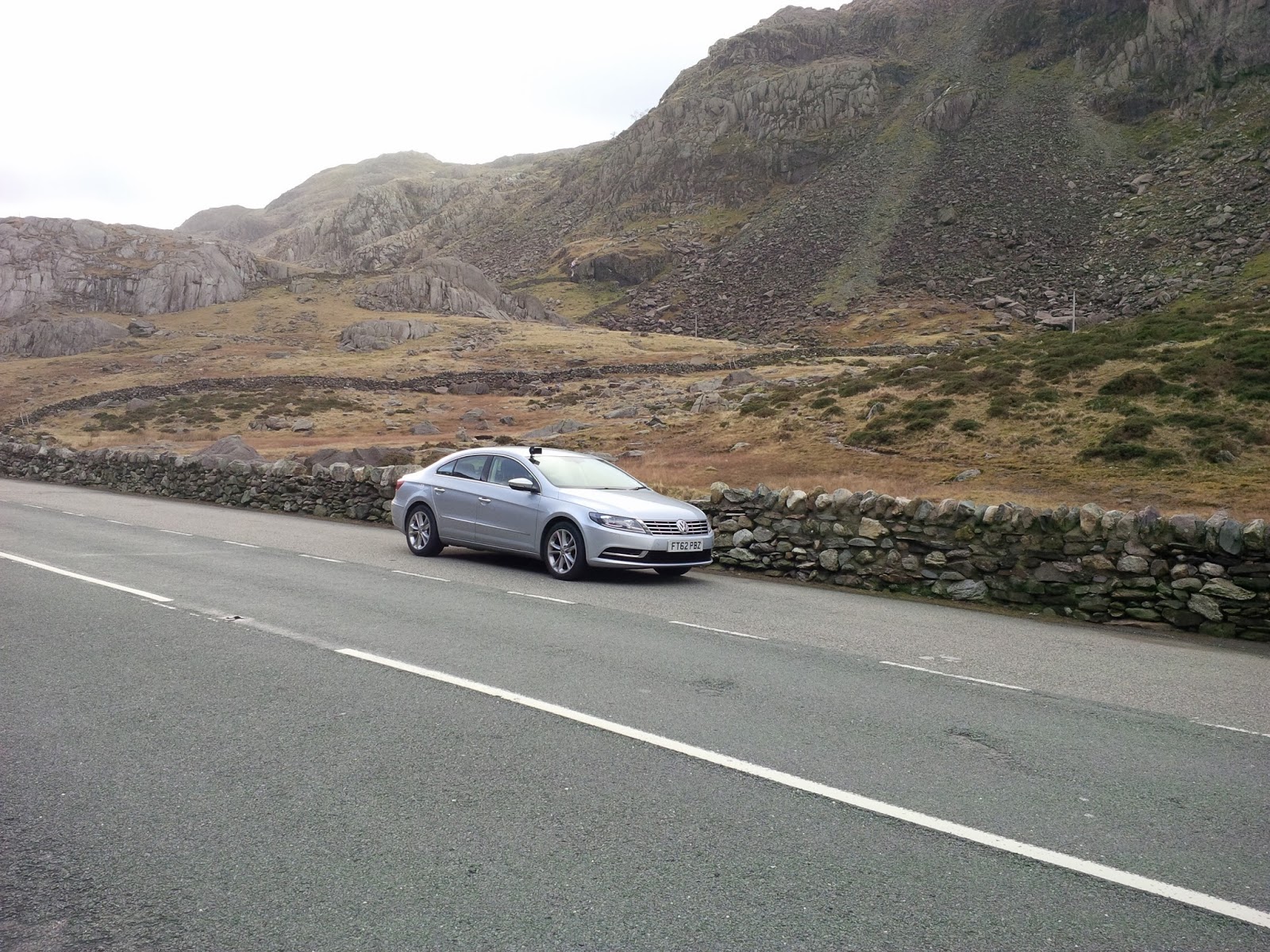 Awww look, you can even see the registration. And I'm sure if you check the image data.... Sorry there I go over complicating things again.

So, lets move on shall we, and pretend, just for the sake of sarcasm, that I have my days wrong, and I was indeed in possession of the car in January instead.
On January 21st, my dog went in to have surgery on his face, and I took a week off work to take care of him during his recovery. On Jan 22nd he was still very sleepy and poorly from the procedure, so as much as I would have liked to have been out driving along the A120 in Essex, I was very much at home, tweeting, and facebooking images of him.
Anyway I won't spend any more time on the sarcasm, I will get down to business.

First up... The letter.
I received an read the letter stating that I, Michael Snasdell, named on contact 479918 had been involved and reported for a traffic violation, and that further more there would be a £35 admin fee to yourselves, which you will take automatically as per my signed and dated rental contract.

Now the usual reaction to receiving such a notice is a sinking feeling, and that oh damnit feeling, before doing what is required, sending off your licence and payment, and taking the 3 points on the chin.
But this is different, VERY different. You see I need my licence, for my future, for my career, and for my livelihood. SO the reaction for me was something very deep, dark and upsetting. I will go so far as to say distressing.
Of course the disbelief leads to checking (something that should have been done before the letter was generated) and then there is the feeling of relief, along with the self forgiveness for even thinking for one moment that you might have actually committed the offence. So for me, this goes a bit further than a small admin error. Yes s*** happens, but sometimes when it does, things need to happen to make it right again.

THEN.... we have the next part which states that £35 is due to yourselves for having to go through the arduous task of getting this so badly wrong, then causing me so much upset and I should add anger (does it show?). Yes I did indeed sign as part of my contract with you IN FEBRUARY that you could charge my card with any fines relating to my rental period... IN FEBRUARY ! Not however any prior fines that previous renters had incurred, just loaded up on me. So should you decide to exercise your right to make that charge to my credit card, please be aware that I will report this immediately as an unauthorised transaction, and exercise my right to be a PITA to the furthest extent possible.

Now if you read up from this point, you will see that a lot of time and effort has gone into compiling this reply to your letter, including tracking back through Twitter, Facebook and other social media sources, as well as through my phone to retrieve relevant information and pictures. Easily 10 times the amount of effort that went into the poor effort of a letter to me with so many errors.
So, here's the deal... IF you charge the £35 to my credit card following receipt of my actual email that I will be sending, politely pointing out the issues, I will in turn seek £350 in admin charges, damages, incorrectly informing Essex Police that I was the driver, and other costs for this blog entry.... Fair ?

I would also like to point out a few more things very briefly.
Your phone number for Traffic Violations is broken, so I could not call to tell you about this.
I believe from your letter that you have already informed Essex Police that I was indeed the driver. So would request that you formally write to them again, and tell them you are idiots, and that in fact I was NOT driving the car. I would like to be CC'ed on this letter (i'm serious, maybe not about the calling yourselves idiots, but the rest)
And finally, that this whole matter has been rather stressful for me. While I have seen the funny side now, I am 100% serious that it caused genuine upset at the time of opening the letter.

Anyway, I look forward to my next rental from Enterprise Rent a Car, because all the above put to one side, you do great cars at great prices.