Today 27th September, marks one year to the day of me coming across one of the most horrific accident scenes I have seen in years. It was already an hour or more after the accident, but the scene was still pretty chaotic. Those involved in the accident itself had been transported away, but the scene was very fresh, and the investigation in its very early stages.

Heading to the doctors that morning, I had seen on social media that there were reports of an accident right by the surgery, so I decided to walk. On arriving at the junction of Kirkdale and Wells Park Road, I couldn't believe my eyes. The completely mangled remains of a motorcycle, and a damaged van, mid way into the side road. The collision had clearly been a heavy one.

Standing around while I was waiting for the doctors appointment time to come around, I saw the officers trying to get an ID on the motorcyclist, and then make contact with their place of work, and with friends or family. A naturally hard time for all.

Being my usual self, I took a number of pictures of the scene, trying to avoid anything which would cause alarm or distress to anyone, and not wishing to be gorish. Posting one on social media, and stating where the accident was, the image was soon picked up by local media. Used as part of their story, I followed the updates on the situation to see if there was any news about the motorcyclist.

Early reports suggested very serious injuries, broken legs and arms and all sorts of speciation. A media report a little later stated a serious condition but nothing much more.

As with most things, the media soon dropped the story, nothing more was said.

So, a year later and its today, Friday 27th September 2019. Late last night (actually now but by the time I publish this will be the 27th) I received a Facebook message request. Anyone using social media will know, getting a random request is nothing unusual. Usually you just read it, block and delete, but this one seemed genuine. Reading the message, it was from a lady by the name of Alessandra. Complete with a link to a media story about an accident. At first glance I wasn't sure I remembered it, but reading on, it was one of the stories written using my image.

Now I know some will be thinking, "you people who take pictures of accidents sicken me", and to a degree I agree, it can be a horrible thing to do, but bear with me on this...

Alessandra was asking if it was me who took the picture and if I witnessed it or had any more information on the matter. Obviously I had not witnessed it but had more pictures, thanks to cloud back-up on Google Photos. Scrolling back through my history, there they were.

It turns out Alessandra was the lady riding the motorcycle that day, and was trying to piece together what had happened that day. Having spent ten days in a coma after the accident, she has very little recollection of that day at all, let alone any idea what happened or what the scene looked like. So was trying to get more images and info to piece things together a little better.

My first reaction was to be embarrassed and apologetic about taking pictures of the scene. However I soon realised she was happy to see them, so that was a relief. On speaking a little more, it appears she has had one heck of a year. Spending months in hospital, having a number of surgeries, and healing from multiple broken bones. I can't imagine for a second what that must be like.

It is one of those strange moments in my life where I feel my actions actually had a purpose that day, and I really hope that they have helped her in even the smallest possible way.

I wish you a great recovery Alessandra, and thank you for not being mad at me for taking the pictures. Thank you for reaching out to me.

If anyone else has any images or memories of that accident that they wish to share with Alessandra, please get in touch and I will be sure to pass them on to her, or put you in touch.

The world is a weird and wonderful place at times, and today I am feeling so happy to have heard from her, and know that she made it through.

The images below are some of the images shared with Alessandra. I have her permission to post this information and these images. Please be aware one of the images shows the wreckage of the bike. I hope this doesn't cause anyone any upset. 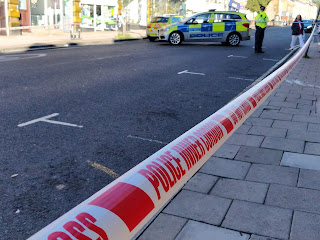 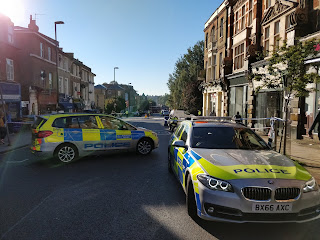 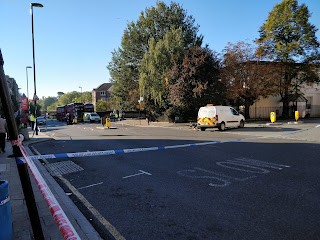 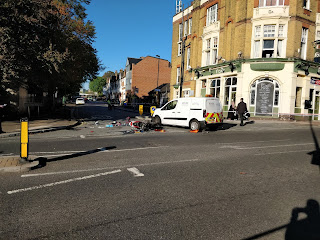 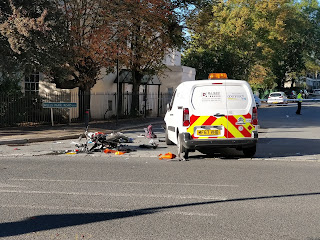 Posted by Michael Snasdell at 12:00 AM